“We are the next generation of designers because we are used to working with 3D design from our studies on,” says Alexis Tourron. Tourron, originally from France, met his Italian business partner Stefano Panterotto at Swiss Ecole cantonale d'art de Lausanne (ECAL), one of the world’s top universities for art and design.

After graduation, Tourron and Panterotto founded their own design and consultancy studio and established a fast-growing customer base, including long-established brands like Hermès. The studio posits that technology meets nature through design, making it crucial to integrate high-tech equipment into their workspace.

“As a designer, you need to see the objects you create in real life. 3D printing technology allows you to do this in the shortest time possible, for the smallest amount of money,” said Tourron. Scaling design elements can help architects imagine their models in space. But miniscule dimensions are simply not feasible by craftsmanship alone. 3D printing enables designers to investigate all kinds of different shapes and evaluate their concepts.

After their first year in business, Tourron and Panterotto decided it was time to invest in a 3D printer of their own because they no longer wanted to outsource their prototypes. The first desktop stereolithography (SLA) 3D printer, the Formlabs Form 2, was about to be released when Panter&Tourron started their research. “We only looked at the top technology,” said Tourron.

Stereolithography is a 3D printing technology that uses a laser to cure a resin into a finished part. Learn more about SLA and how it's used.

According to the design duo, there are three main arguments that establish 3D printing as a gold standard in design studios of all sizes and customer bases.

When high-end brands come to the studio today, they can see projects of all sizes as 3D printed models, from small pieces to very big spaces, from fashion accessories to furniture to architecture.

There is a noticeable gap between how a large-scale spatial design looks on screen and how it looks in an actual setting. “3D printing is a great tool for understanding proportions,” said Tourron. “When we started 3D printing architecture models, it was really useful to start playing with them and see how to fit our designs in the existing space.”

At this year’s Milano Design Week, Panter&Tourron were represented at one the main pavilions in Ventura Centrale, an abandoned warehouse in the underground next to Milan’s central train station. Prior to Design Week, the tunnel had never been open to public, which presented a challenge.

Panter&Tourron employed heat as a design element by setting up a series of copper sculptures treated with a black thermochromatic ink. When an extremely hot bulb shines on the surface, the ink becomes transparent and the raw copper beneath becomes visible.

The designers 3D modeled five individual sculptures for the exhibition space, including different frames, lamps, and shades. The 3D printed elements appeared almost two-dimensional and were as thin as a match stick. Crafting them by hand using wood, glue, and white paint would have taken 2 weeks. Using Formlabs White Resin at a 25 micron resolution, Panter&Tourron were able to 3D print uniform models overnight.

By reducing the 300 square meter space to a 1:20 3D printed architecture model, Panter&Tourron made an innovative design feasible. “We create prototypes the size of a matchbox for all kinds of clients, which creates interest for other studios and other young designers.”

From Concept to Showcase in Two Weeks: 3D Printing Sunglasses

“Even though sunglasses are a rather simple evolution from simple 2D cuts, a feeling for fit is key, and cannot be achieved by laser cutting and assembling 2D surfaces,” Tourron said. The young design duo was asked to create a sunglass collection for Benwu edition, a Chinese brand launched during Shanghai Design Week 2017. One requirement of the sunglass design was a reflective strip highlighting the silhouette when a source of light hits it.

The brand wanted to show the entire process, from the first sketches and mood board to mock-ups and prototypes, at Shanghai Design Week. The designers had to find a solution to show the details as well as to display each stage from initial prototyping to final production.

Panter&Tourron spent two months on overall development, internal shapes, and concept. The prototyping phase, from paper to Form 2 printed mockup, was completed in just 2 weeks. “With 3D printing, we can spend the time we really need for concept development, investigating the shape.”

In-House 3D Printing as the Gold Standard for Design Studios

When the young design duo started their own business, Panter&Tourron spent 50 percent of their time as assistant teachers at their alma mater to earn their living: Tourron for industrial design and Panterotto for luxury and craftsmanship, the unique design program they both graduated from.

Now, they only return to their former university, ECAL, to give 3D printing workshops and prepare the next generation of students for the future that is already their present: bringing luxury brands founded on customized craftsmanship to the next level of design. 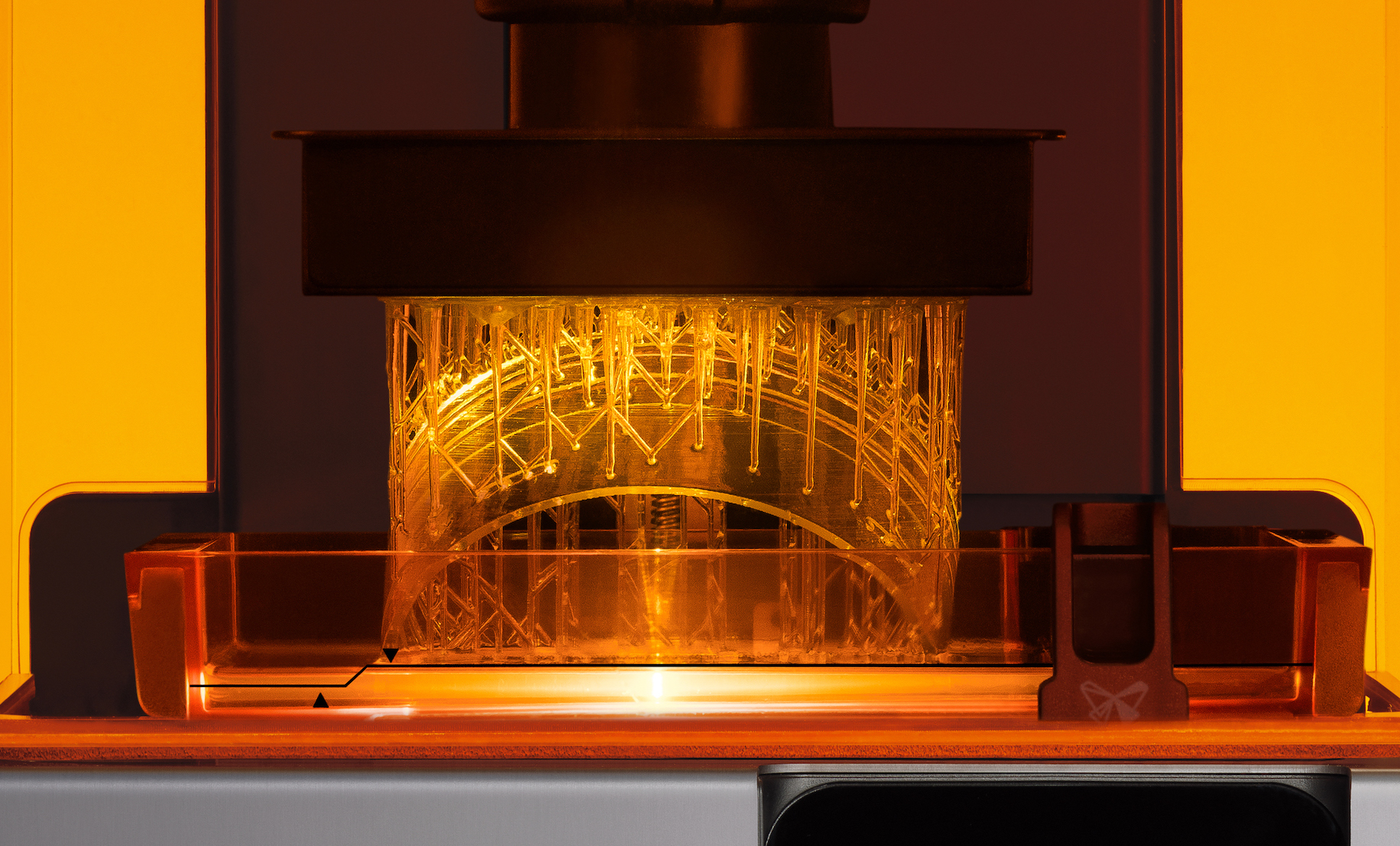 Would you like to turn your digital concept into precise prototypes? Learn about stereolithography (SLA) 3D printing and find out more about Formlabs’ Form 2 3D printer.