A 3D printed man-eating Venus fly trap? We wouldn’t have expected anything less of Alex Friderici, a VFX designer who’s worked on visual effects for dark, surreal movies such as Pan’s Labryinth and Sin City. Bringing together the art of animation and stereolithography 3D printing technology, Alex creates beautiful, yet horrifying zoetropes on his Form 1+ 3D printer. He runs EyelandArts, a visual effects studio based in South Florida.

What is a Zoetrope?
One of the earliest forms of filmmaking, a zoetrope takes a series of objects or drawings that each appear to be in a different stage of motion and spins them around to give the impression of continuous motion. Alex printed the carousel portion of the model for use on a record player or to spin with an additional 3D printed handle. To animate the 3D printed characters, Alex used a strobe light set at the fastest setting and directed it at the moving carousel. The flashes of light create the illusion of movement. 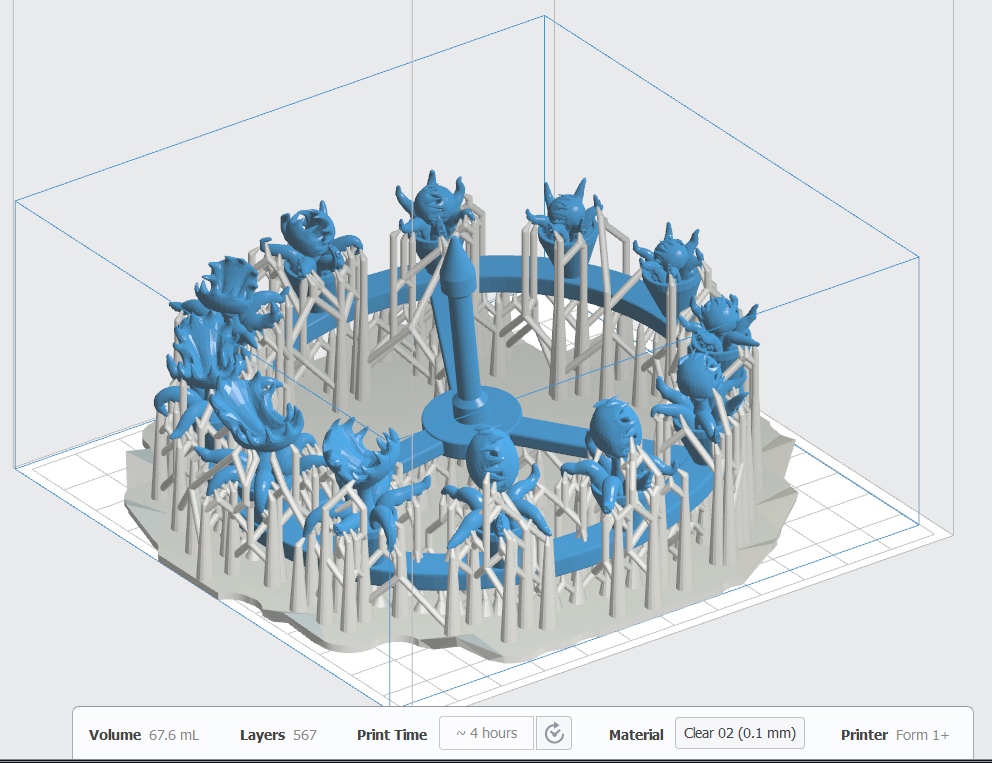 “I had been looking into 3D printing for some time but the affordable printer market at the time would not really give me the resolution I needed for the kind of sculpture work I wanted to make. As soon as I saw the Form 1 Kickstarter campaign and the detail it was able to achieve, I knew it was the one for me so, I jumped at the chance and it was a great decision.”- Alex Friderici

Like most designers, Alex went through a few prototypes to arrive at his best models. From the first to the last prototypes, he changed to the scale of the print, the strength and clearance of the handle, the personality of the animated motion, and the record player versions and adapters. Once he finalized his designs, Alex decided to sell his models through his Shapeways page.

For more images and gifs of Alex’s finished models, check out his post on Imgur.

Advice for 3D Printing Your Own Zoetrope
Alex spoke to the value of online tutorials, as well as gave us some advice related to the prints themselves.

Keep it simple
- Make sure its something simple as far as motion since you only have 12 frames to do it and it has to loop back to the beginning.

Keep your subject thick
- Since the space is limited and the figures are quite small, this will help you to use less supports and remove the supports you do add.